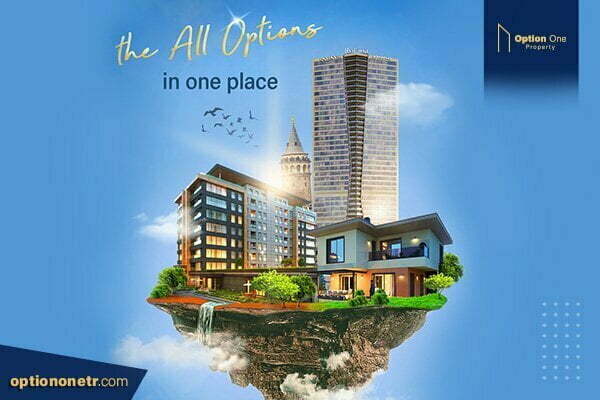 Why is Istanbul attracting foreign buyers?

Following are a few reasons why foreigners are attracted to İstanbul : Turkey is one of the countries that is …

Following are a few reasons why foreigners are attracted to İstanbul :

Turkey is one of the countries that is blessed with this abundance of greenery and vast fields, but at the same time, in a city like Istanbul in Turkey where you have the most skyscrapers compared to Europe with 48 skyscrapers, it is a dream for many people to live in a place where nature and modern infrastructure are sides by side. In many modern cities now we may not find the natural greenery like Dubai, It has the most sophisticated modern infrastructure but does not have nature. So people tend to incline toward this sort of country where nature and modern infrastructure are sides by side.

Turkey offers citizenship through investment and also encourages investors to have it as it has reduced the amount of investment through citizenship from 1 million USD down to 400.000 USD, which means if you buy a property worth 400.000 USD, you are eligible to apply for the passport for you, your spouse and children below 18. Turkish passport is easiest to obtain without even an investor coming to Turkey, moreover, in a very short period of time within 5 months or less, complete detail for the citizenship process is mentioned in the below link :

Turkish citizenship is the main factor that attracts foreigners to choose Turkey as their ultimate destination.

There is always a comparison of cities in the world where one can get affordable luxury, where I don’t have to lower my standards of living and to be able to use the maximum luxury as a rich person does in an affordable amount, I believe that’s what human desire the most, well luxury can be a common but affordable luxury is really rare. Istanbul is the city that offers it, which means that an investor can buy a cheap and luxury villa in Istanbul with a sea view or nature view at prices comparatively lower than in other major cities in the world the prices start from $400,000, and the price can reach up to  $2 million for a large, luxurious villa, and in general, also the rents are comparatively much cheaper, you can enjoy very high-quality food in a lavish restaurant with 1/3 of the price that you may pay in Europe.

Turkey is blessed with the facility of free health and education, which can be only realized when one sees the student debt crises in America or expensive health treatment in Europe. When it comes to healthcare Hospital pricing varies according to the agreement (SGK) Government Insurance. Where most public hospitals have full agreement with (SGK) it means the patient does not pay anything to public hospitals. but in some private hospitals, the patient pays the non-covered section by SGK for health insurance and pays a total of 20% of the prescription price in the pharmacy. Whereas public schools in Turkey are absolutely free of cost and also many universities.

Turkey is continuously breaking its previous records of house sales despite high borrowing costs and rising prices. Home sales in Turkey increased by over 40% year over year in April to 133,058 units as households continue to see real estate as a lucrative investment option to protect themselves from inflation. 453,121 homes were sold from January 2022 through April 2022, a 26.2% increase. Due to this demand for house sales prices are rising almost every month in Turkey. The demand is additionally more high due to also demand from Russians since the Russia-Ukraine conflict started. Whatever may be the reason Turkey is high in demand that property is gaining value and Turkey due to its GeoPolitical position sees a rise in investors and customers.

It’s not too late and never too late to get the best prices for buying properties in Turkey, especially in the recent Transit phase where in many districts of Istanbul for example prices are still lower than the general quoted average price.

“At the point where we are now, we see that we will exceed our annual export target of $250 billion and leave behind a very important threshold in 2022,” Gültepe said.

This is the most common and well-known reason that attracts foreigners to choose Turkey and makes tourists make their first destination Istanbul when they plan to travel Turkey because Istanbul is filled with History and culture as Napoleon who was a military genius said ‘’If the world was a country Istanbul would be its capital’’, and it’s very difficult to disagree because Istanbul has great monuments reflecting vast empires of the past.