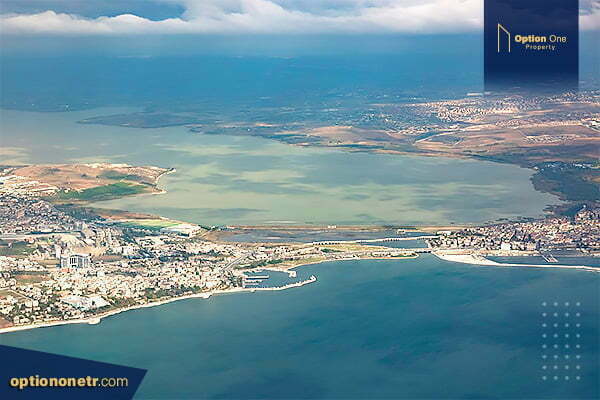 All You Need To Know About Buyukcekmece And Investment In It.

All You Need To Know About Buyukcekmece And Investment In It. Why there is a high demand for investment in Buyucekmece?

This lovely neighborhood Buyukcekmece is located on Istanbul’s European side where you can find peace and freedom from the city’s traffic. It is a family-oriented place to live in. It not only has a sea view, but it also has a Bosphorus-like view without the bridge. It is amazing in its own right, with beautiful sea and lake views. The Buyukcekmece view at night will make you feel like you are at Bosphorus because you can see opposite the sea city with all its lights. The district has also history attached to it through the historical 16th century Mimar Sinan stone arch bridge which is known as kanun Sultan Suleiman bridge constructed by the most well-liked architect in the Ottoman Empire Mimar Sinan who was in charge of many of the magnificent structures of that time. Because of this, the significance of this bridge is also important.

Why there is a high demand for investment in Buyucekmece?

Buyukcekmece is not only the district with lake and sea view but also it has characteristics which attract investors, following are the reasons :

1. Buyukcekmece has the vibe like Florya and Tarabya: low rise newly built projects with spacious roads and quality restaurants around, moreover the low population in the district with beautiful sea views and green landscaping are characteristics similar to Florya and Tarabya which are amongst the most expensive districts of Istanbul now, yet Buyukcekmece is just 30 km away from Florya district

3. New Development: Gradually with luxurious projects in the district Buyukcekmece is coming up with new development plans such as the ongoing marina project known as kiyi marine which is going to boost its demand more, as more construction would join in making projects in this district on other hand it is a district with more available land now to construct compared to nearer districts to center or center districts where very less or no land are available to construct new projects and keep up with the demand.

4. Family Oriented: Most families prefer to live in this area because of the safe environment, quiet and calm, it offers large apartments at affordable prices with all the characteristics mentioned above which are ideal deals for a family and also more villa projects are existing here which if in budget becomes family first priority.

How did Villa properties become popular in Buyukcekmece?

It all started with ALKENT 2000, a villa compound in Buyucekmece with beautiful sea and lake views, seeing the high demand and therefore the rise in price in this complex the investors rushed to purchase large lands at cheaper prices, and construction companies were rushing to come up with some vılla complex ideas and at the same time Turkish rich investors were buying these large villas as summer houses which is away from city hustle and bustle, and foreign investor was willing to buy because of large sizes and attractive location comparatively cheaper than the apartment in the center location.

You can also browse our Project in Uskudar: Ultra Premium Posh Apartment Complex surrounded by Green near Bosphorus.

If you are looking for a cheap apartment, browse our project in Gaziosmanpasa: Cheap Apartments to Buy Near the Center of Istanbul.