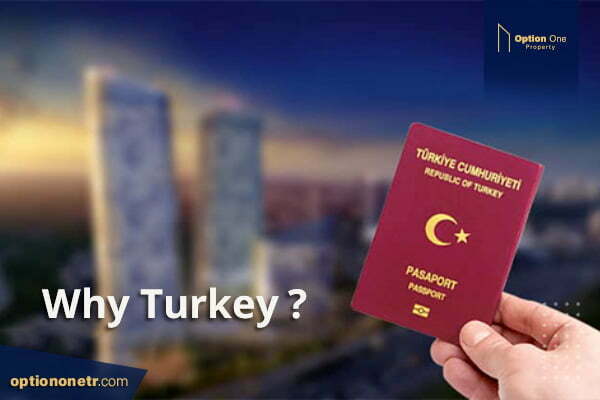 Why do Foreigners Choose Turkey For Investment?

Why do Foreigners Choose Turkey For Investment? Turkey has become the destination for people all around the world, whether it’s from the UK, USA, Canada, Russia, or the Middle East

Turkey has become the destination for people all around the world, whether it’s from the UK, USA, Canada, Russia, or the Middle East, Many ınvestors from these regions want to make their either summer house in Turkey or choose to have their second home and start to live in Turkiye and all have their own reasons, well then lets dive into more details from specific regions.

Other than the reason that Turkey is already located in a very strategic location which connects Europe and Asia and being a very important regional actor in the black sea and mediterranean sea, Growing GDP, Country with many touristic destinations, overall affordability and Turkish people are friendly and welcoming, etc, there is more also from the cultural and other prospective which pushes one to take a big decision to choose their second home.

UK and USA :
One might ask why people from UK, America, and Canada want to invest in turkey and even many amongst them like to obtain citizenship. The answer is these Uk, American or Canadian nationals mostly originated from Muslim countries, and they love to listen to the Azan voice in public and reach for halal food anywhere anytime which one might not find in the west so conveniently and at the same time Turkey makes them feel welcome and secure, and have modern environment mix of east and west, so therefore this makes it easy for foreign nationals from these countries to make Turkey their second home.

RUSSIA:
Russians started investing more often after the war broke out in Ukraine, and in response to the war, Europe and America decided to cut off ties with Russia on all levels and Russians felt uncertain about their economy due to the war and response.

Middle East (excluding Gulf countries) :
Iraq, Iran, Lebanon, Syria, and many more middle east countries are facing either economical crisis, political crisis, or war. All this creates unstable situations and security threats to people, therefore, investors take steps to secure their future in a safe country, and they find their neighbor country turkey easy to access and the best option to go with.

Gulf countries:
These oil-rich countries Bahrain, Kuwait, Oman, Qatar, Saudi Arabia, and the United Arab Emirates has all luxury that they want but the only thing they lack is nice weather generally. The weather in gulf countries is very harsh and in summer it even reaches 50 degrees celsius, Turkiye is a really suitable option since turkey is blessed with nature and beautiful weather as well as they have a similar culture in many ways.